Fernando Alonso Will Race in Indy 500

Although not many people who read this site and general sports enthusiasts in America will not quite grasp the magnitude of this story, this is one of the bigger announcements on the international stage in recent years. Formula 1 racing is enormous around the world. Billions of people around the world follow F1 and the amount of money spent around the sport is mind blowing. The Verizon IndyCar Series is the top of the ladder in open wheel racing in North America and was once on par with F1 around the world. Giant names, mega money, and incredible skill were everywhere during that era. After the IndyCar Series was dealt a fatal blow in the mid 90s with “The Split” which can be read about here, IndyCar lost much of its luster and NASCAR and F1 boomed. Now the series has had a resurgence in recent years and is gaining in popularity while NASCAR has somewhat declined. F1 continues to be strong around the world with the likes of superstars Lewis Hamilton, Sebastian Vettel and the recently retired Nico Rosberg.

But one of the greatest stars of the past decade and beyond is Fernando Alonso.

His name is well known in all corners of the world, though not as much in our country. The 35 year old Spaniard’s successes in racing are magnificent. Two F1 championships, 32 wins, 97 podiums, 22 pole positions, and 1,832 points in 275 starts is a pretty incredible career on the biggest of stages. But the two time Monaco winner is set on completing the Triple Crown of racing. The Monaco Grand Prix, 24 Hours of Le Mans, and the Indianapolis 500. He will get the opportunity to get one step closer this May. 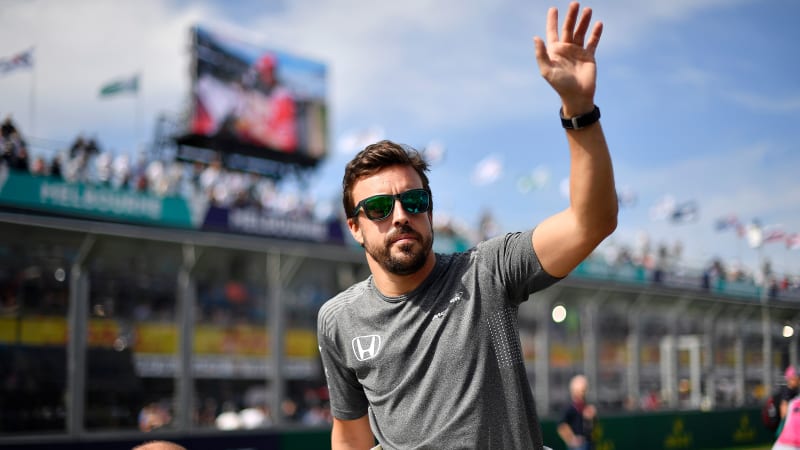 Alonso has signed on to compete at the 101st running of the Greatest Spectacle in Racing for McLaren with Andretti Autosport which will give him a great chance at competing for a win. This will be McLaren’s return to Indy after 38 years away. Andretti has had great success at Indy including a win last year with F1 transplant Alexander Rossi. Alonso will have to miss the Grand Prix of Monaco in order to compete which shows how important this is to him. Monaco is the biggest race on the F1 schedule. Seeing Alonso in an IndyCar is great for the sport because it will draw millions of eyes on Speedway, Indiana and the Series itself during the month of May. One can assume that the Series will gain new respect and potential following from the F1 diehards and once they see the entertainment value and bravery of the drivers. This will go a long way in sparking the Series towards prominence again with comparisons to Nigel Mansell back in the 90s.

If you have read this far, you can tell that I am a pretty avid IndyCar fan and it is not just cars that go round and round like most people think. To me, wielding a car with an open cockpit driving 230mph side by side with no power steering and no room for error is unbelievable to witness. I first went to Indy in 1995 and watched Canadian and future F1 star, Jacques Villeneuve take the checkered flag. And watching the cars parade around in 11 rows of 3 and then fly by at speed for the first time made me a fan for life. You truly do not know how amazing that event is until you go. It should be on every sports fan’s bucket list.

I can’t wait to see how Alonso does next to the IndyCar regulars. I feel like it will be a situation much like Kurt Busch a few year ago where he will contend and hopefully finish with a great result. That can only help the series gain popularity.

Update: This should shed light on how large this announcement was…

The two biggest teams and one of the biggest names in the sport combined don’t come close to the amount of Twitter followers that Fernando Alonso has.